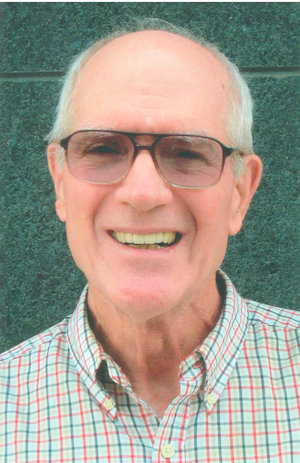 Working class people in Baltimore face a crisis, created by what the banks, big corporations, fancy developers and slick "entrepreneurs" have done. But the crisis is made worse by policies of the Baltimore City Council.

We create the wealth of this city through our work, but we don’t get most of the benefit out of that work.

Our taxes, direct and indirect, make up the city’s budget. But this wealth is not spent on the needs of the population.

Schools for most children in the city are a disaster, without enough teachers and support personnel. They lack supplies, equipment, books, up-to-date computers, air conditioning – and even basic maintenance and cleaning.

The water and sewer system was a great step forward when it was built over a hundred years ago, but today, sewage backs up, water pipes burst, roads are washed out, neighborhoods have sinkholes, and children’s health is put at risk – all because the system has not been maintained.

Bridges are crumbling, and roads are filled with potholes and bumpy patches – making driving to work slow and often dangerous. Public transit is inadequate, without enough light rail, and a slow and unreliable bus system.

Decent, affordable housing disappeared as the city closed down public housing and stopped making repairs on housing that remained open – even while the bank-caused mortgage crisis drove people out of their homes. Average rent jumped up 40% in the last 15 years, and workers’ neighborhoods deteriorated as more people lost their housing.

Clearly, the city is not being run to meet the basic needs of ordinary people.

It’s not for lack of money. Baltimore has wealth. But that wealth is not used to pay for schools, water and sewage, housing, roads and transit – services that should be fully provided in a modern country.

Baltimore is the largest center of business and commerce in the state. But city government has exempted much of downtown Baltimore’s business and real estate from all or most property taxes through special deals – TIFs, PILOTs and other subsidies. So property taxes – which are used to pay for schools – are starved for money. And taxes, fees and other charges collected to pay for roads or the water system are diverted to cover the cost of subsidies.

This is not normal, not natural. It’s the result of choices made by Baltimore’s political leaders over the years. Look at the wealth that has been put into the Inner Harbor since the Schaefer administration. That’s where Baltimore’s wealth has gone, that where our taxes are spent, to enrich the "developers" and the banks. All those expensive condos, townhouses, apartments with a views – they were all built on tax breaks, which drained money out of public services for the majority of the population.

The solutions to these problems are not complicated – it simply requires that public money be used for public purposes. People should be hired to work on housing, to improve the schools, to pave the roads and build more transit, to repair and maintain water and sewer systems.

Tens of thousands of people are unemployed in Baltimore. Many more than that are needed to put this city in livable shape for the whole population. Hire the unemployed for decent wages, start work on the services people need – and begin to chip away at the poverty that pervades the city.

These are not the solutions favored by Democrats and Republicans. Both parties work to enrich the developers through subsidies and tax breaks.

That will require a fight. To force the bosses to pay for the crisis they created, to take public money and use it for public purposes, to take their stolen wealth away from them – that will require a struggle by working people, a determined, massive fight.