For a Working Class Fight 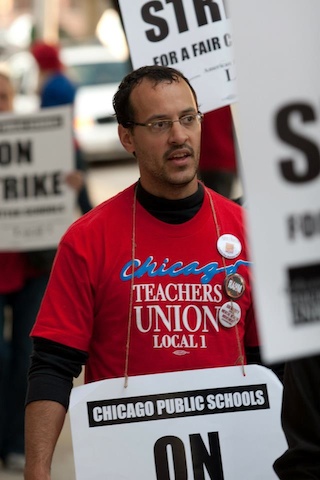 I ran for Alderman in Chicago because I was outraged that young working-class people are being deprived of a decent education and a future. Teaching in the Chicago schools for nine years, I watched Mayors Daley and Emanuel take money from the schools in poor neighborhoods, funneling millions into corporate profit.

Enormous amounts of money exist in the city of Chicago, money that could be used to provide a decent school for every working-class child, adequate services and pleasant neighborhoods for us all to live in.

That money has to be taken back from the banks, the real estate developers, the big corporations and the speculators who stole it from the working people of Chicago.

I know that we will not be able to deal with the widespread problems we face until we begin to put our hands on that money, mobilizing our forces to do that, bringing them together to make a fight. And I truly believe there is an important part of the working class that understands this today.

I ran in the February 2014 elections to let workers who agree with these ideas express what they think.

On February 24th, 8.23% of the people who cast ballots in the 25th Ward voted for me, 602 people. This vote in a city long controlled by big money, and by the Democratic Party, which serves big money, can be a down-payment on a future fight.